The Biggest Cover-Up In History

This documentary tells the tale that the victors still do not want you to know. This documentary is based upon the ground-breaking book by Thomas Goodrich. Available on Amazon. 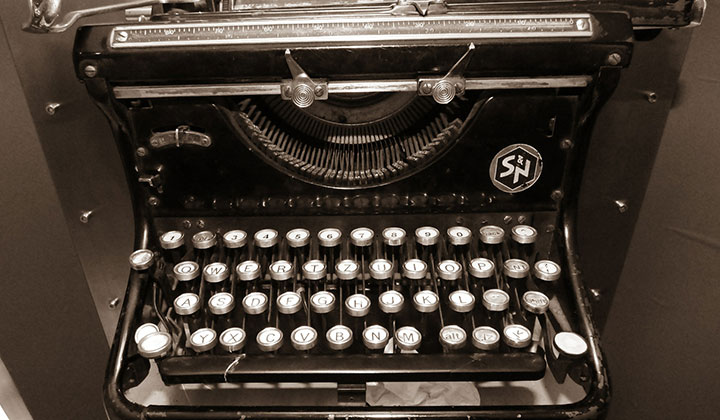 We only hear what the victors have to say about World War II, and rarely ever from the victims. The English DVD is available again! Get this game-changing documentary while you still can!

Patricia talks with the makers of Hellstorm about the atrocities depicted in the film, why it has been covered up for so long, and how it relates to our world today.

Kyle Hunt is an American broadcaster and founder of Renegade Broadcasting, a documentary filmmaker, and a White advocacy activist. His newly-released documentary, Hellstorm (based on historian Thomas Goodrich’s book, Hellstorm: The Death of Nazi Germany, 1944-1947) presents in graphic detail the many heretofore rarely mentioned horrors inflicted upon the German people during and after the Second World War.

MacCrinnan: When did you first read Hellstorm and how soon after that did you decide to make a film based on the book? Was it before or after you first interviewed Thomas Goodrich?

Hunt: I have interviewed Tom on my Renegade Broadcasting show, The Solar Storm, twice. The first time I had not yet read Hellstorm and the second time I had just finished the book. I actually thought Hellstorm should be made into a documentary when speaking to Tom about coming back on the show, and before having actually read the book at all. After completing the book, I knew that I needed to make this documentary.

MacCrinnan: From hearing that first interview, recorded in the Autumn of 2013, it seems you already knew a good deal about the topic even before you read the book. How long had you been studying the subject before?

Hunt: I had been looking into this area for a few years and had also heard multiple interviews with Tom prior to speaking with him.

MacCrinnan: So, why did world Jewry publicly and histrionically declare war on Germany in 1933?

Hunt: It appears the reasons were largely economic . . .

An excellent review by John Friend:

The crimes committed against the German people – men, women, and children, soldiers, political officials, and civilians alike – during and after WWII is one of history’s greatest tragedies.

And yet, for most of the Western world, it is a tragedy that is largely unknown. The war crimes committed by the Allies during and after the war, which included the indiscriminate fire-bombing of countless German cities and industrial centers, the sinking of German civilian ships on the high seas, the torture, starvation, abuse, and murder of millions of disarmed or surrendered German soldiers and National Socialist political officials, and the rape and murder of countless German women and girls, have been covered up and downplayed in the West. Ask any Westerner about the atrocities committed during WWII, and the only response you will likely receive is that “6 million Jews” suffered and died at the hands of “the evil Nazis” during the “Holocaust”.

The ignorance of the Western world regarding WWII may change with the release of Hellstorm, a documentary produced by Kyle Hunt of Renegade Broadcasting. The documentary is based on Thomas Goodrich’s must-read book thoroughly detailing the utter annihilation of National Socialist Germany during and after WWII entitled Hellstorm: The Death of Nazi Germany, 1944-1947.

On May 1st, Hunt released Hellstorm on the official Renegade Broadcasting YouTube channel, which has been viewed well over 250,000 times as of this article’s publication.

Graham Hart of People’s Internet Radio talks to the makers of Hellstorm about their documentary, why correcting the narrative of WWII is so important, and the ever-growing amount of people who are rejecting mainstream lies.

Kyle Hunt talks to Erin about the documentary, why it is so important to review real history, and how this subject matter is relevant to our situation today.

Dennis Fetcho is the host of the popular alternative media broadcast Inside The Eye – Live! on Revolution Radio and invited Tom and Kyle to talk about their recent film, in addition to other important issues. This is intelligent media for the politically aware.

Both Kyle Hunt and Tom Goodrich have been very busy promoting what is an excellent effort in Hellstorm: The Real Genocide of Nazi Germany, but we learned in this interview that Tom Goodrich is a former main stream media personality who, having “crossed the line” and raised issues in Hellstorm: The Death of Nazi Germany, 1944-1947, has found that all of his access and work within the main stream media has “dried up”.

Tom described working on hundreds of projects and stations in the mainstream media, including talking head positions with National Geographic, PBS, and others. However, Tom mentioned that, having become a “pariah” within the Jewish controlled media and lost all of his work, that he is very happy to have joined the side of truth and contributing his time and efforts to help bring about a new paradigm through smashing the foundation of lies upon which the current paradigm has been built.

Please check out Tom’s great writings, buy his books, and get in contact with the author of Hellstorm. The truth contained in Hellstorm continues to make its way into the mainstream media. Since the release of the documentary, there have been numerous stories validating the atrocities committed against Germans during after the war, with really no efforts to dispute the facts we have presented. Recently NBC has jumped on board and discussed the rape of German women, even using a quotation from the film (below in bold), which was the only voice recorded by the film’s creator Kyle Hunt.

When Allied troops swept through Europe and defeated the Nazi regime more than 70 years ago, they were hailed as liberators.

But new research by a German academic alleges that rape by U.S., British, French and Canadian forces was more commonplace than previously believed.

While some other experts dispute Professor Miriam Gebhardt’s estimates, her claims have reignited the debate about the extent of crimes committed on both sides in the aftermath of World War II.

The issue of post-war sexual violence has been a taboo topic because many Germans did not want to downplay the country’s own atrocities during the Holocaust by displaying its people as victims.

Gebhardt estimates that nearly 900,000 Germans were raped by the Allied forces that freed her country from the Nazis in the wake of D-Day in 1944 until West Germany was declared fully sovereign in 1955.

That number is far more than previous estimates and is contested by other scholars, who challenge Gebhardt’s methodology and question the accuracy of her estimates.

While some historians disagree on the numbers, eyewitness accounts and military court cases confirm that Americans committed acts of sexual violence at the end of the war.

In 1945, TIME magazine published a letter penned by an unidentified American serviceman who stated that “our own Army and the British Army … have done their share of looting and raping … we too are considered an army of rapists.”

Gebhardt, a professor of history and sociology at the University of Konstanz, alleges that 190,000 sexual assaults were perpetrated by U.S. troops while defeating the Nazis and in the subsequent 10 years.

The truth is coming out in a very big way. Less than a month after the release of Hellstorm, the BBC has put out a documentary that details the rape, torture, murder, and ethnic cleansing of Germans who lived outside the borders of Germany.

These crimes against ethnic Germans are covered in Hellstorm, but this BBC documentary expands on the topic with gruesome details and lots of eye-witness testimony. You will likely see footage that you have never seen before and also recognize many clips that were featured in Hellstorm, now with a little more context.

As always, be aware that even though this documentary contains a lot of very truthful material, the BBC is not our friend. The documentary diminishes the number of Germans who lost their lives, often makes it seem as if Germans were “receiving a dose of their own medicine” (ie, affirming the Holocaust narrative), and puts the blame on Russians while never mentioning the horrors committed by the Americans and Brits in the West. That being said, the documentary is worth a watch.